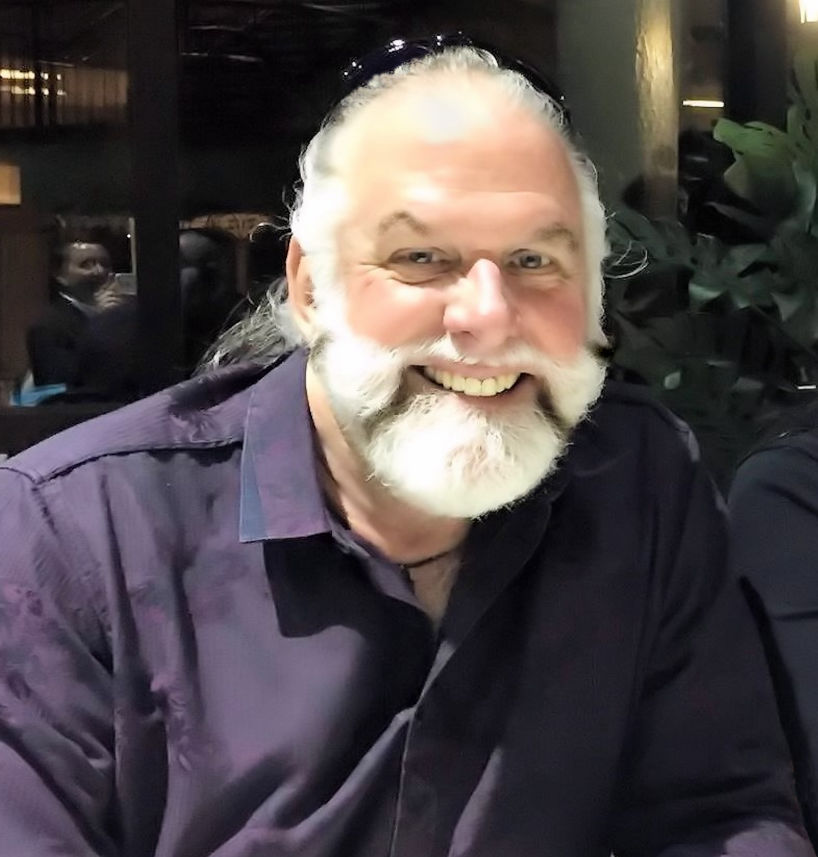 A BROADER SCOPE
Paul has dedicated his life towards helping others understand the impact unresolved past life emotional patterns are still having on them this lifetime. His work integrates the core energy patterns, talents, skills, abilities and emotional material we bring to this world from previous lifetimes, with his academic training in Experimental Psychology, post graduate research in Human Motivation, clinical experience in Marriage and Family Counseling, certified training in Hypno-Regression Therapy, and a lifelong study of human evolution from our soul's perspective. His ultimate goal is to help guide, uplift and expand others towards a more fulfilling emotional and spiritual life.

CORE ENERGY PATTERNS
Paul has developed a unique core energy projection system that he uses to help clients realize and release their unhealed past life emotional and developmental wounds. "Our unresolved emotional wounds from previous lifetimes (aka core energy patterns) generate emotional expectations and self-perceptions that continue to attract the same kinds of relationships, circumstances, experiences and events throughout our current life. Hence, we are not victims of circumstance, but rather we are victims of the innate perceptions and emotional expectations we bring to this world, as well as those we have developed since birth. Every experience we go through in life is attracted to the emotional expectations and perceptions of self that we are consciously or unconsciously holding onto. These expectations and self-perceptions generate the same outcomes no matter where we are or who we are with. The common denominator in all of our life experiences has always been us. Equipped with a working knowledge of their core energy patterns (past life wounds), clients can better understand, identify and protect themselves against the destructive potential these innate energy patterns can have on their lives. Realizing the power that our current patterns of emotional expectation and self-perception have on our lives, as well as understanding the soul level reason for everything we go through, can be very liberating and empowering as we move closer to the self-realization we desire.

"The underlying concept behind Journey of the Soul is nothing more than Quantum Energy Theory applied to human evolution. Every human being, in fact every living creature, has a unique energy signature that can be plotted both forwards and backwards in time from a fixed reference point. These core energy projection systems can be used to reveal what an individual was likely experiencing emotionally and physically, just before and after their transition from this lifetime into the next. Hence, this energy projection system is a valuable asset for friends and family members left behind to better understand the seemingly senseless and untimely transitions of their loved ones"

PAUL'S ULTIMATE GOAL
Paul is passionate about uncovering the profound depth, meaning and effective use of our innate emotional and developmental energy patterns in relationship counseling, human development work, alternative psychotherapy, prenatal psychology, spiritual guidance, and even bereavement. Over the past four decades, he has developed an intuitive understanding of how our patterns of emotional expectation and self-perception from previous lifetimes, coupled with our current life expectations and perceptions of self, continue to sabotage our ability to be free self-governing individuals who can create a more fulfilling emotional and spiritual journey in life. He believes that certain concepts of human personality development and soul evolution, coupled with his unique core emotional energy cycle projection techniques, has the potential to revolutionize and transform the very foundation of traditional theories in development psychology and human evolution. These same techniques have are invaluable in helping clients cope with the sudden loss of a loved one, by helping them understand more about their emotional state moments before and after their untimely death or disappearance. Paul has used this same methodology to help law enforcement agencies uncover critical behavioral markers and energy conflicts that point to certain individuals in their field of suspects, while helping to eliminate others, during ongoing criminal investigations.

"Without a working knowledge of the unique psychological and emotional energy patterns each individual brings to this world, traditional psychology, psychiatry, and psychotherapy practitioners are missing critical pieces of information about their client's personality and emotional development that are still having a profound impact on their psycho-spiritual development, and emotional wellbeing"

EARLY INTEREST IN SPACE & RADIO WAVE PROPAGATION
Paul's fascination with space travel and radio-wave transmission and reception began at a very early age. His bedroom walls were covered with full size posters of every rocket known to man, from the early Jupiter-C and Vostok-K rockets to the Redstone & Atlas rockets. He built his first single-side band radio receiver at the age of six in hopes of being able to listen to signals from outer space. He built his first radio transmitter at the age of eight and even won awards for his designs at state science fairs. He later landed a job in an electronics research and development lab during high school when he was hired as a Class C technician by a private research company under US government contract, where he assisted research scientists from Rose Polytechnic Institute (aka Rose-Hulman Institute of Technology in Indiana) build top secret inverter-controller systems for the United States Navy. His primary function was to run performance tests on electronic components before they were installed in the inverter-controller systems, to reduce the risk system-wide failures. After all of this technical experience, it was only natural for Paul to pursue a degree in Electrical Engineering (EE) when he finally entered to college. He was definitely on a fast track toward becoming an accomplished research engineer himself. But all of this came to a screeching halt late one Friday evening shortly after he began his sophomore year in college.

THE REVELATION
Paul was involved in a serious automobile accident that put him in the hospital for over a month. Although painful, the experience was so profound that it changed everything for him. He lost all interest in engineering and technology, and even changed his major to Experimental Psychology the day he returned to school. "I was so touched by all the people who helped me recover from the accident that I wept constantly. Up to that point, I was a totally self-sufficient loner who didn't feel much need for companionship. But when I returned to school and began riding the elevator to the top of the engineering building, I realized that being a high tech nerd no longer had any meaning  for me. I was no longer interested in formulas, calculus, differential equations, engineering design or anything else connected to technology. Something happened the night of my car accident that I could not explain away with science, something that challenged my entire perception of reality. I had experienced a form of energy exchange that was beyond anything I could imagine, much less quantify. I felt a loving presence permeating every inch of my being, every cell in my body. It was so profound that it brought me to tears whenever my mind flashed back on those moments during the accident. The memories were not at all painful. In fact, they bordered on what I would later call an elevated feeling of euphoria and extreme joy. When I finally returned to school, all I could think about was finding a way to help others on a deep emotional level like I had been helped."

THE TRANSITION
After graduating from college, Paul got his first chance to connect with lots of people, albeit in a rather unexpected form. He was hired as a news director for a local AM/FM radio station in North Carolina. The role was fascinating, but he longed to get back to his passion for studying human evolution from the perspective of one's evolving soul. Through a surprising connection, he got an opportunity to begin teaching an evening class at Davidson County Community College on "Human Evolution as an Expression of our Soul's Journey through the Ages". There was so much interest in those classes, and the occasional radio interviews he did on the subject, that he was hired by an OBGYN clinic in Lexington, North Carolina to do long term patient counseling with women. Paul opened his own private practice in Winston-Salem, NC the following year so he could work with men as well. Through a surprising set of synchronistic events, Paul soon found himself living in our nation's capital Washington, DC in 1980. Feeling no desire to return to broadcast media again, he opened another private practice that eventually grew into a client base of over 4,500 people from around the world. His clientele included government officials, military advisors, embassy personnel, heads-of-state, ambassadors, diplomats, foreign dignitaries, politicians, actors & actresses and even royalty. He began conducting workshops, seminars and public speaking engagements locally, which eventually took him across the United States, Canada, Great Britain, France and Italy. Paul continues to apply his, "Universal Energy Cycle Projection System", to support the private practices of local and national psychotherapists, physicians, wellness counselors and alternative health care practitioners in the U.S. and Canada. Paul is currently living northeast of Atlanta, Georgia next to the Chattahoochee River Nature Preserve, and now operates from a client base of over 7,000 people.

ALTERNATIVE CYCLE RESEARCH APPLICATIONS
Due to a growing interest in his universal energy cycle projection system, Paul was invited to be a guest observer in the mid 1980s at the Center for Strategic and International Study's (CSIS) War Games which were being conducted at Georgetown University in Washington, DC. Because of his unique understanding of how human behavior aligns with universal energy cycles, he was able to create strategic energy cycle graphs that successfully projected significant events and outcomes in ongoing international crises for Working Groups in the US State Department and Pentagon, such as the Iran Hostage Crisis which began on Nov 4, 1979 and ended Jan 20, 1981. 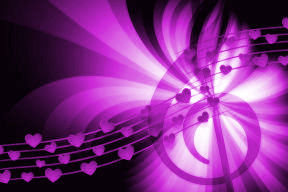